Making its way through post production, ‘The Curse Of Hobbes House’ teaser is released!! Give it a watch below to see what’s to come…

It was a joy to attend Film London with our first distribution screening to see not only the lovely cast and crew again, but to also see some excerpts of the film! Watch this space!

This year, I’ve been lucky enough to grace the prestigious Cannes Film Festival with 3 films!! Congratulations to all the teams involved in these films and their journeys. Find all of the posters and trailers below! Sales and distribution information to follow.

Behind the scenes on Hobbes House!

So shooting has begun on feature film ‘Hobbes House’! So far it’s been an action packed couple of weeks and we’ve been lucky enough to have BritFlicks visit us to capture some behind the scenes footage! Check out the videos below for brief interviews and our biggest stunts- We’ve go to work with an amazing stunt team including Lucy-Jayne Murray (Tomb Raider, Aladdin), and Neil Chapelhow (Game Of Thrones, Maleficient).

Very excited to share that feature film ‘King of Crime’ (in which I play ‘Zoe’ alongside a very talented named cast), has been picked up by Lionsgate for distribution.

Following its cinematic release at the end of 2018, the film will be available to buy & download at the following places: Tesco, Asda, Sky, Amazon, iTunes, BT, Virgin, Googleplay, Sony and many more from the 14th January 2019!

Preorder it now on Amazon here. 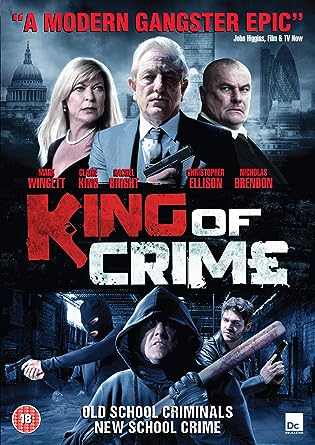